Opioid Crisis May Be Contributing to an Increase in Murders 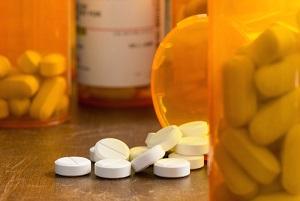 Recreational use of opioids like heroin, fentanyl, oxycodone, hydrocodone, codeine, and morphine has become more popular than ever. These highly addictive drugs are designed to fight extreme pain, but many people either use them recreationally or become addicted and eventually need the drugs to simply feel normal.

It is a vicious cycle. Many of those who become addicted start off using prescribed pain pills but when the prescription runs out, they turn to buying the pills illegally. Others find that pills are not effective or available and turn to heroin for relief. Heroin is especially dangerous because it is often mixed with fentanyl, which is up to 100 times more potent than morphine and many times that of heroin. The combination of easy access to the drugs, the prevalence of fentanyl-laced heroin, and the extremely addictive nature of these substances have dramatically increased the number of people who die from overdose. Of the 64,000 reported drug overdose deaths in 2016, two-thirds were linked to opioids. This represents an increase in drug overdose deaths of over 20 percent since 2015.

Another startling statistic is the increase in America’s murder rate. Data shows that the rate at which murders are committed in the United States has risen in 2015, 2016, and the first half of 2017. Criminal justice experts suggest that this three-year increase in murders could be linked to the opioid crisis. In the past, opioid misuse was mostly limited to people stealing or selling pain pills, but today, the problem is mostly driven by illicit drugs. In fact, before 2015, prescription pain medications were the biggest cause of drug overdose deaths. Everything started to change around 2014 when fentanyl-related overdoses  began to climb sharply. Currently, synthetic opioids like fentanyl are responsible for more overdoses than any other drug. Experts believe that with this shift from prescribed pain pills to illicit drugs came more violence.

Richard Rosenfeld of the University of Missouri explains, "As demand for illicit drugs increases, people enter the underground drug market to purchase the drug. Those underground markets tend to be relatively volatile and sometimes violent places, so I’m suggesting that what we’re seeing here is a spike in drug-related homicides associated with drug transactions that become violent." While the link between the increasing murder rate and opioid abuse is not completely understood, data suggests that the American population has every reason to be troubled by this opioid crisis.

Are You Facing Drug-Related Charges?

Getting involved with illegal drugs can be an extremely slippery slope. Those found guilty of possessing or selling substances like heroin can face devastating punitive and personal consequences. If you have been charged with a drug-related crime, you need an attorney who will fight for your rights. Contact an experienced Elgin criminal defense lawyer for help today. Call 847-488-0889 for a free, confidential consultation of your case at The The Law Office of Brian J. Mirandola.