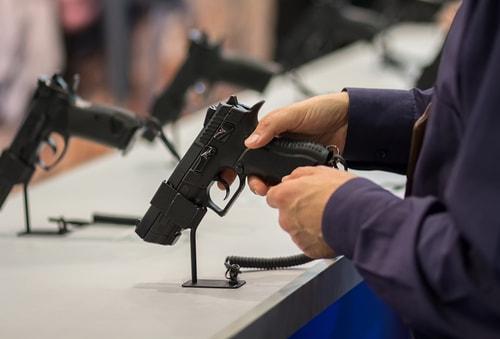 Over the last several years, there has been no shortage of tragedies involving gun violence. Mass shootings in Connecticut, Colorado, Florida, and Nevada have raised the public consciousness regarding the availability of firearms and the associated rights promised by the Second Amendment to the U.S. Constitution.

In the wake of these terrible events, many states have passed so-called "red flag" laws that allow authorities to temporarily seize guns from individuals whom the courts have determined pose a threat to themselves or others. Earlier this month, Illinois became the 13th state to pass such a measure as Governor Bruce Rauner signed House Bill 2353 into law.

The new law is called the Firearms Restraining Order Act, and it created a new type of specific restraining order for preventing a person from possessing, purchasing, or handling a firearm. The law also established a process for those who fear that a loved one may present a danger to themselves or others to take action.

Under the new law, a family member of the individual in question may file a petition to confiscate weapons the person due to a perceived danger. A police officer can also file the petition. A circuit court judge must hold a hearing to review the evidence and decide whether to issue a firearms restraining order. If the situation is severe enough, the hearing may be considered an emergency and be held on the day of the filing without notice to the subject. The subject has the right to a hearing within two weeks if the order was issued on an emergency basis.

If an order is issued, the subject will be not be permitted to own, possess, receive, buy, or control a firearm for a period of six months. Their Firearms Owner Identification (FOID) card will be suspended as well. The subject of a firearms restraining order can request one hearing to terminate the order, and he or she must prove that he or she no longer poses a threat. As the end date approaches, the person who filed the original petition may request a renewal and must show that the subject still presents a danger.

While the new law is intended to promote public safety, there are many in the community who are skeptical about how it will be applied. Some believe that these orders could be used to damage a person’s reputation unfairly and to simply take their guns away without sufficient justification. Others have expressed concern over the availability of orders without notice to the subject. To address such concerns, the new law includes provisions that allow petitioners who make false statements to be prosecuted for perjury.

If you have questions about how the new law could affect your rights to legally own a firearm, contact an experienced Elgin criminal defense attorney. Call 847-488-0889 for a free consultation at The The Law Office of Brian J. Mirandola today.