What New Drivers Need to Know About Traffic Stops 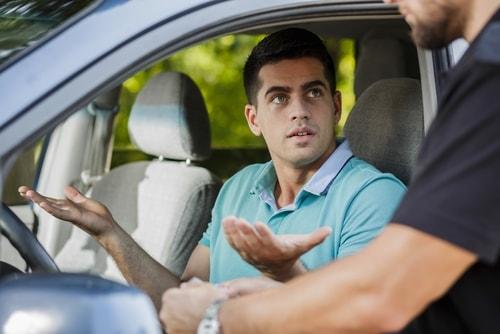 Most adults can remember the feeling of independence that accompanied getting their driver’s license for the first time. On the other hand, most can also remember the nearly overwhelming fear that took over when they were pulled over by police for the first time. Getting stopped for a suspected traffic violation is intimidating for many drivers, including those who have been driving for decades. Younger drivers, however, often experience even more stress when they are pulled over, leading to confusing and potentially dangerous situations. Fortunately, lawmakers in Illinois have taken steps to prepare young drivers on how to handle being stopped by the police.

Around this time last year, Illinois Governor Bruce Rauner signed a bipartisan measure that requires all driver’s education classes in the state to include a section on how to behave during a traffic stop. The bill’s timing coincided with a number of horrific, headline-making examples of traffic stops that escalated and spiraled out of control—some of them resulting in tragedy. The new law went into effect on January 1, 2017, and affects driver’s education classes at public schools, private schools, and private training programs.

In many such classes, instructors ask a police officer to come in and talk to the students about traffic stops. The idea is to give drivers insight into concerns that the officer will have during the stop—something many young drivers may never have considered on their own. With a new perspective, new drivers will be better prepared if and when that first stop happens.

It would be easy to list pages and pages of advice on how to handle a traffic stop, but the most important tips can be quickly summarized. If you are pulled over for a possible traffic violation:

If the traffic stop results in a citation that you believe is unfair or inappropriate, your next step should be to contact an experienced Kane County traffic violations attorney. We will review your case and help you explore your available options. Call 847-488-0889 for a free consultation at The The Law Office of Brian J. Mirandola today.